How the Grinch Stole Christmas: Where To Watch Online This Christmas?

How the Grinch Stole Christmas: It goes without saying that your Christmas movie marathon is incomplete without “How the Grinch Stole Christmas.” This American Christmas drama is a heart-warming holiday classic. It adapts Dr. Seuss’s beloved children’s story of the same name. The movie is directed by Ron Howard, and the screenplay is written by Peter S. Seaman and Geoffrey Price. It had a box office collection of $345 million against a budget of $123 million.

The movie received its original release in November 2000. It is distributed by Universal Pictures, and Imagine Entertainment has produced it. The premise reveals how the Christmas spirit can melt the coldest heart. You cannot skip How the Grinch Stole Christmas this Holiday season, and here are the key details you need to know.

Where To Watch How the Grinch Stole Christmas Movie?

This live-action version is a Christmas must-watch. The 2000 iteration is available on NBCUniversal’s streaming platform, Peacock. It is the first feature-length adaptation of the fable by Dr. Seuss. 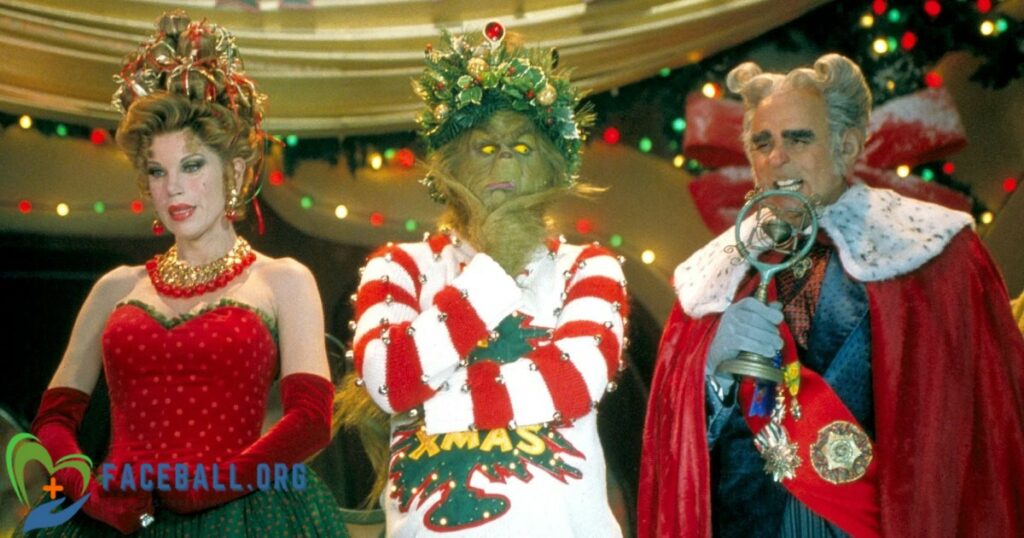 The subscription to Peacock is available at $4.99, whereas if you want to stream ad-free, you can get a Peacock Premium Plus subscription at $9.99 monthly. You can also choose to rent or purchase it on various platforms such as Vudu, Google Play, Apple TV, and Amazon Prime Video. The price for renting starts at $3.99, whereas for purchasing it is $14.99.

Who Is In The Cast Of How the Grinch Stole Christmas?

The narratorial voice that guides the viewers through the movie, How the Grinch Stole Christmas is that of Anthony Hopkins. The titular Grinch, who despises Christmas and doesn’t like the village of Whoville, is played by Jim Carrey. Josh Ryan Evans had played the younger Grinch. His pet dog, Max, is played by Kelly. Martha May Whovier is played by Christine Brasanki, and Mayor Augustus MayWho by Jeffrey Tambor.

Cindy Lou Who by the child actress Taylor Momsen, and Lou Lou Who by Bill Irwin. Molly Shannon had played Betty Lou Who.

is played by Jim Meskimen, and Miss The Who by Mary Stein. These characters play intriguing roles in this fantasy Christmas film to present you with a heart-warming family watch.

What Is The Plot About?

Christmas is just around the corner, and the green Grinch who detests it is not one bit happy about it. The Whos of Whoville are celebrating the festive mood, and Grinch decides to ruin it. From his home at the mountaintop, the Grinch decides to descend to the town of Whoville with Max, his dog. But as he encounters the young girl, Cindy Lou Who, he faces various hitch in his plans, and things take an about-turn.

Should You Watch How the Grinch Stole Christmas?

The live-action version brings to you the Grinch, played by Jim Carrey. His phenomenal performance as the nasty, scary Grinch is something you should not miss. Cindy is an endearing girl who looks beyond the evil character of the Grinch to see what’s inside. It is a staple for the Christmas season and is timeless. You should not skip it.

Read More: Yellowjackets Episode 7: December 26 Premiere, Where To Watch and What To Know Before Watching?