Station Eleven Episodes 4 and 5: The science-fiction drama Station Eleven is set in a post-apocalyptic dystopian world. Multiple timelines are shown in the programme. The stories of survivors of the cataclysmic flu are told in these timelines. The storey follows the survivors as they struggle to reconstruct, recreate, and rebuild the world. They must also hold their grief close to their hearts and hope for the best in order to survive.

The survivors, including a Hollywood actor, his wife, the man who attempted to save him, his friend, and an actress from a moving group, will face the most dangerous person, The Prophet. The series was created by Patrick Somerville and is based on Emily St John Mandel’s work of the same name. On December 16, 2021, the first two episodes of the miniseries were published.

Recap of Station Eleven Episodes 4 and 5

The 4th episode of the series opens with the group Travelling Symphony travelling towards Pingtree to meet Gil, their previous director. When the group meets with Gil and his wife Katrina, they tell the group that their grandchildren have been kidnapped by The Prophet.

Alex reveals to Kirsten in confidence that the Prophet has contacted her and invited her to join him and leave the group. Kirsten tries to calm Alex down but flees after the argument. Gil is killed by the children in the country club who had mines strapped to their chests.

The episode takes the viewers to the flashback showing the day after Arthur’s death, where the sole survivors, his wife and son, Tyler, get on a flight. The flight was cancelled, and the passengers were stranded at the airport. After a few days, a janitor takes one-third of the people away from the airport with the promise of better lives. Clark, Arthur’s friend, tries to unite the remaining passengers. 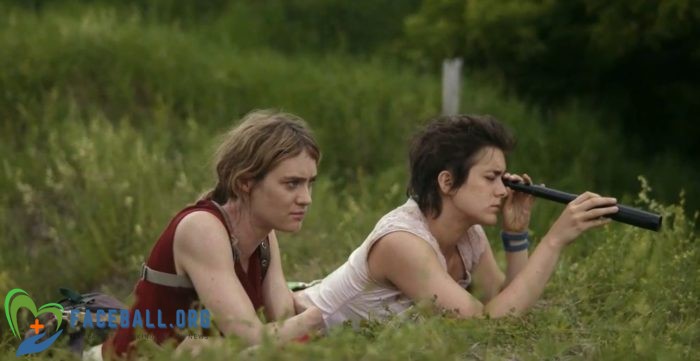 Clark, Elizabeth and Miles become the leaders of the people stuck at the airport. Tyler attempts to rescue a man stranded on the plane. However, the people at the airport are convinced that he is infected. Tyler and his mother are forced to quarantine in one of the planes and only come out after a month.

Clark is planning big and sets up a museum for human civilization. He and Elizabeth make amends. However, Tyler is aloof now. At the end of episode 5, Tyler lights the plane up while others think that he is dead. It is also revealed who The Prophet is. Any guesses? Yes, it is Tyler. Tyler is The Prophet.

When Was Station Eleven Episodes 4 And 5 Recap Released?

The series station available released the first three episodes on December 16, 2021, on HBO Max. The next two episodes were released on December 23, 2021. The upcoming episodes 6 and 7 will release on December 30, 2021.

Who is in the Cast of Station Eleven Episodes 4 and 5?

Mackenzie Davis plays the role of the protagonist, Kirsten, with Matilda Lawler portraying the younger version of the character.

The series was created by Patrick Somerville and is based on Emily St John Mandel’s work of the same name. He, Emily St John Mandel and Claire Welland, along with Dylan Russell, Hiro Murai, Jessica Rhoades, Jeremy Podeswa, Nate Matteson, Scott Delman and Scott Steindorff, produced and executive produced the series.

Where to Watch Station Eleven Episodes 4 and 5?

The viewers can watch the HBO series Station Eleven on HBO Max. The episodes are released every Thursday. Station Eleven Episodes 4 and 5, along with the previous ones, are available to stream on HBO Max. Episodes 6 and 7 will be the last entries of this year, releasing on December 30, 2021. The viewers can avail HBO Max with the minimum subscription required by the platform.

Read More: Inferno Episode 3 & 4: December 25 Premiere and What To Know Before Watching Episode 3?